Skip to navigation
After an Arrest, Turn to an Attorney
Who is Committed to Your Future Schedule a Free Consultation

I've had some pretty good accomplishments in my career lately. Over the past summer, I was voted by the best attorney and best law office in Rocklin by the readers of the Placer Herald. It was my second year in a row winning best of the best, and I'm honored that my own community holds me in such high esteem. I am also honored to have been invited to speak at the annual DUI Rules of the Road Conference in Palm Springs, put on by California Attorneys for Criminal Justice; I am appreciative of the opportunity to have spoken to some of the greatest criminal defense attorneys in California, and to have met fellow practitioners from around the state. I could not have accomplished any of this without a supportive family and a fantastic staff including my paralegal, David Butterfield.

But what I find most rewarding is when I can really help someone in their life. If I couldn't do that, then I wouldn't be getting any of the recognition I'm getting. Sometimes that means guiding clients through a trying time, a mistake or a situation that spiraled out of control. Sometimes it means going into battle - myself, my client, and my small team - against the force of a team trying to lock you up with the resources of the state behind them. No matter how I get there, though, I my goal is getting my clients in a position to succeed, and I get there more often than not.

Take a client I'll call Hezekiah, who was facing a DUI charge. His alleged driving? Clowning around on a little kids' dirt bike on private property behind a locked gate; when he fell off the bike and injured himself, CHP met him at the hospital and gave him some DUI blood tests. Hezekiah had one goal and one goal alone - keep his license so he could keep providing for his family. He would have lost his license if he got convicted of a DUI, and as silly as it sounds, this may have counted as one. So I dug in and kept going and going, through several prosecutors and judges, setting and resetting the case for jury trial at least four times over the course of two years, with Hezekiah able to work the entire time. Finally, I was able to convince a prosecutor to dismiss the DUI charge in favor of a lesser charge that would allow Hezekiah to keep driving, and keep working, and keep providing for his family.

Sometimes, winning for my clients means fighting to the end; if I have to go out and earn a not guilty verdict, then I'll do it. But sometimes it means doing whatever it takes to prevent a disruption in my client's life. Hezekiah's goal was to be able to keep working, for the benefit of his family. He never missed a day, and he won't have to. As much as I'm proud and honored from the recognition I've received, it's helping people like Hezekiah that gives me the most satisfaction. 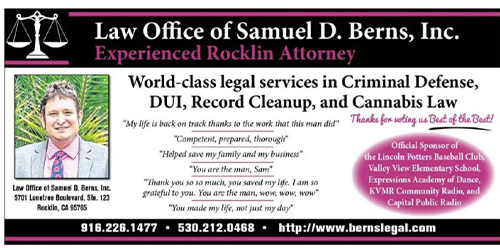 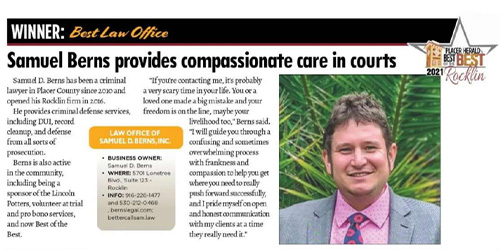