California drivers who are facing charges of driving under the influence (DUI) are subject to severe consequences, which vary depending on several factors. Retaining an experienced DUI attorney can ensure that the driver’s rights are protected as they navigate this complex legal process. Here’s what drivers need to know about California DUI penalties.

In general, penalties increase with each DUI offense as follows:

With the help of a qualified DUI lawyer, prison time may be reduced to probation for a felony DUI charge. Additionally, a seasoned attorney can guide you through the complex court system.

In certain cases, California driver’s licenses can be revoked or suspended permanently. Conviction of a DUI resulting in murder always results in permanent license revocation. A permanent suspension can also occur at the judge’s discretion in convictions of the following:

Because of these wide-ranging penalties for DUI, it’s important to retain a DUI attorney experienced in criminal defense who can advocate for a fair sentence, no matter the offense. During this difficult time, individuals should remember that regardless of the situation, there is always hope for better terms of suspension and better results. Contact the Law Office of Samuel D. Berns, Inc. should you face charges from driving under the influence of alcohol or drugs. 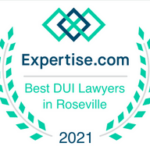 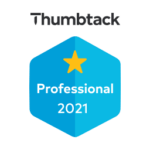